IFOAM – Asia CONGRESS:  THE INTRODUCTION OF ESSA AS A NATIONAL NETWORK OF ORGANIC SCIENTISTS. 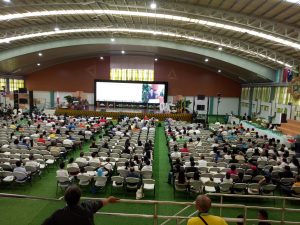 ESSA participated in the 3rd Organic Asia Congress 2018 and IFOAM Asia Conference  last September 17-22, 2018, at  Bislig City, Surigao del Sur, with the Theme: ” One Big Family for Innovation and Sustainability”

IFOAM is an International Federation of Organic Agriculture Movements.  The event (Organic Asia Congress) gathered 21 Asian countries government representatives to have an exchange of best practices on organic agriculture and the sharing of ideas on how to help each other for the advancement of the organic sector in the region.

On September 18, 2018, during the ALGOA Philippines Members Forum at Highland, John Bosco District, ESSA was formally introduced and recognized as a member.  The Network’s key features and objectives were presented by its chairperson, Dr. Blesilda M. Calub.

During this forum,  Nicanor  Perlas,  Executive Director of SEA, Inc. was the keynote speaker of the topic: 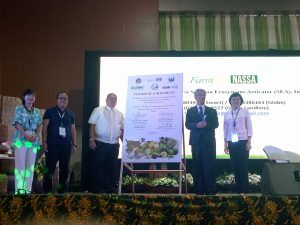 “Artificial Intelligence:  The Challenge of Organic agriculture and SDGs”.

Some highlights in this event is the participation of ESSA and SEA, Inc. in the signing of the pledge of commitment in “supporting the successful advocacy in the implementation of Smart Sustainable Organic Agriculture in the Philippines and Asia”. And also the research papers posted in the ESSA’s booth exhibit of Dr. Ted Mendoza and Dr. Blesilda Calub on “Exploiting Heterosis of Hybrid Rice Grown in Different Spatial Arrangement under Organic vs. Agrochemical Intensive Production Systems” and “Home school gardening project” respectively.

ESSA delegates who attended this event were six (6) 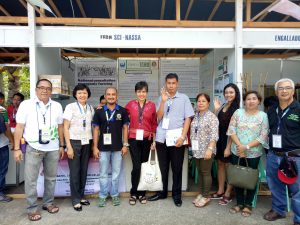